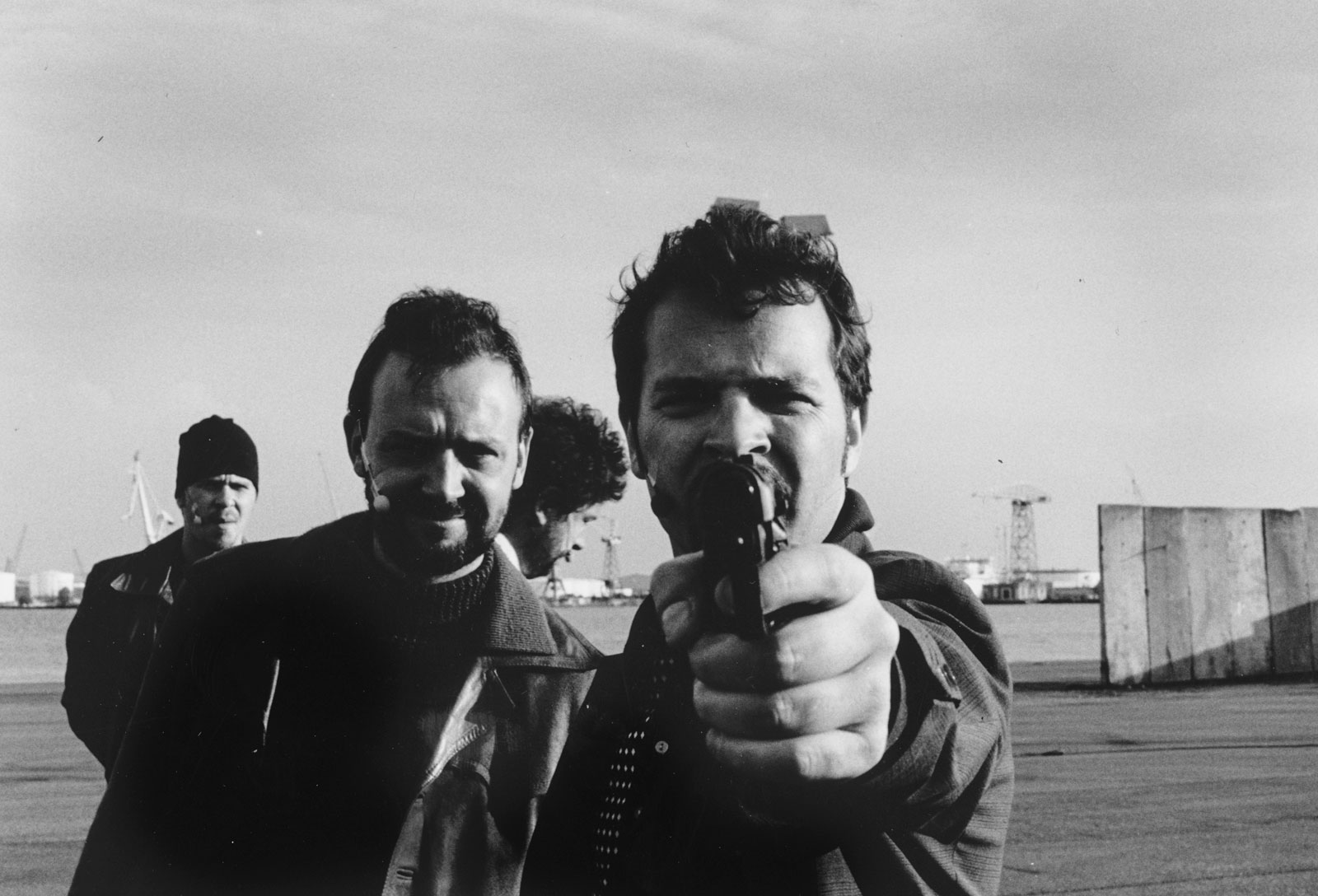 Dockworker Eddie Carbone takes two illegal countrymen in his house. Everything goes well, until one of them gets involved with his niece.

In 2001 de Roovers organized a public reading of the New York play ‘A view from the bridge’ by Arthur Miller. The rough, public reading revealed the unsuspected strengths of derailed desires in an Italian migrant environment: no teary sentiment, but real, tangible conflicts. ‘A view from the bridge’ is a political drama, written with emotional, theatrical means. A tragedy about social exploitation and how this undermines the moral relations in a ‘solidary’ Italian-American community. But also a psychological story about family ties, faith and betrayal.

To stress the universality and contemporary character of the play the actors introduce New York’s present language by quoting Paul Auster and Don DeLillo. The modest theatre space contrasts with the wide realistic skyline of the harbour and functions as a ground zero for family drama.

Ivo van Hove on De Roovers "I have known all the members of De Roovers for almost 25 years. I was part of a group of teachers in a school for actors in Antwerp. This school was amazing. The director of the drama department was one of the most famous actresses of Belgium, Dora van der Groen. A woman that had a clear view on how an actor can be born and how actors can develop and be themselves on stage. This was the late 80's, beginning of the 90's - a great era in Belgian theatre where lots of groups emerged wanting to work in a more unconventional way. Its members were mostly actors that worked on a play without a director. De Roovers became one of the more influential ‘collectives’ as they were called. Sara, Luc, Sofie and Robby have been working this way for 23 years. That in itself is an amazing achievement. But more importantly they are continuously giving us new views on existing plays. Go and see their take on A View from the Bridge by Arthur Miller!"