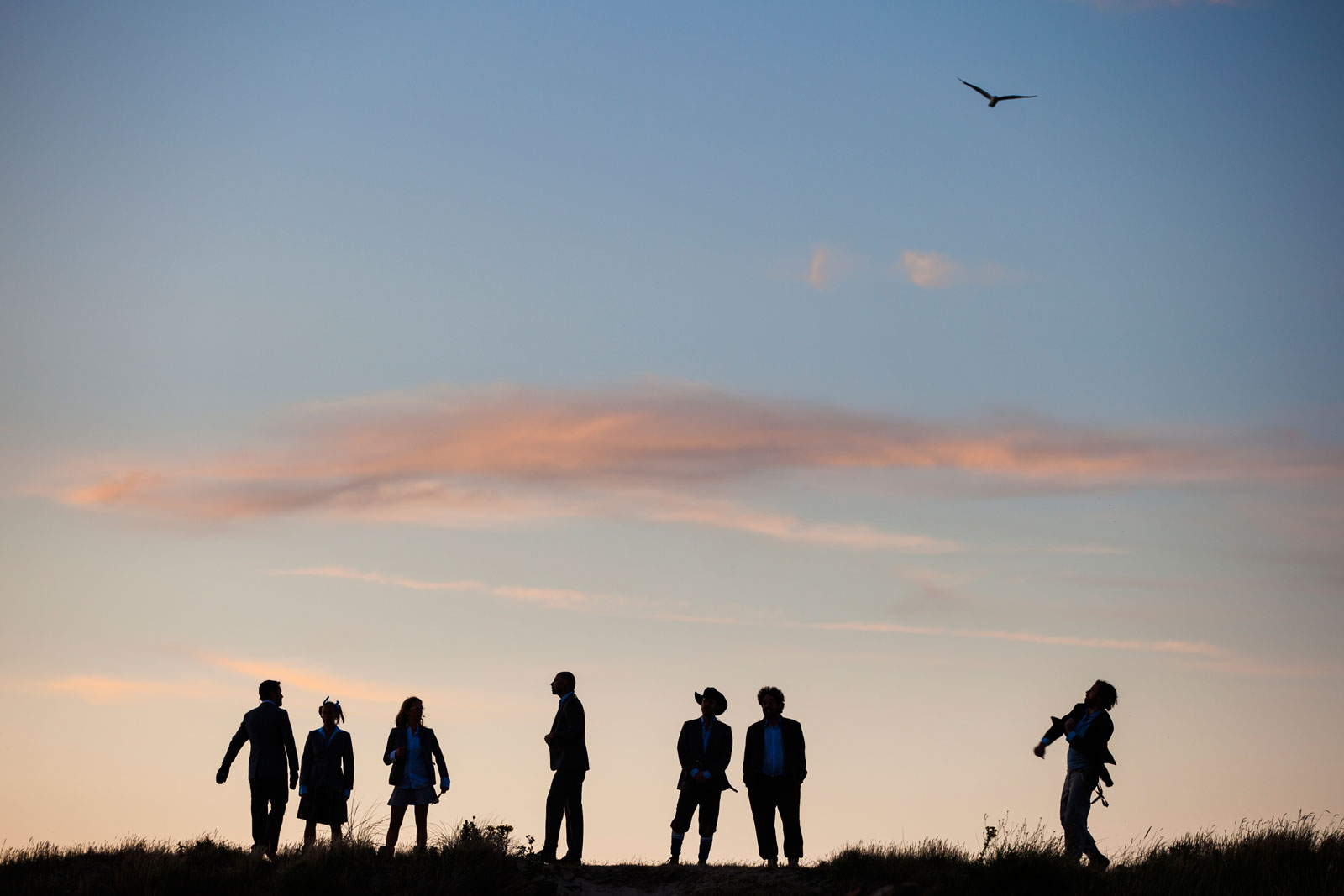 The English countryside, 1943. Willie and Peter, two of the seven children playing, are waging a ‘play war’. Together with John and Raymond, they chase a squirrel, pull it out of a tree and kill it: a first prey. Meanwhile, ‘Donald Duck’ falls prey to the cruel games of Angela and Audrey, in a barn. The children are literally and figuratively playing with fire. The boundary between playing, teasing, terrorizing and actual war becomes ever more blurred, with these children as well. The fear and brutality increases and it all ends very badly.

Originally, Blue Remembered Hills is a television play by Dennis Potter (The Singing Detective, Lipstick on Your Collar,...) which is often adapted for the stage. Here, De Roovers are searching for mechanisms that tempt people to violence. The ‘great war’ is barely present, but does cast a shadow onto the soul of the young people. They don’t behave less cruel or less kind than other people.

Blue Remembered Hills compels to a sustained reflection on war as a behavior, as a perverse attitude. At the same time, the play by Dennis Potter tempts to play with sheer fun.

De Roovers adapted the 2003 theatre production into an onsite performance.