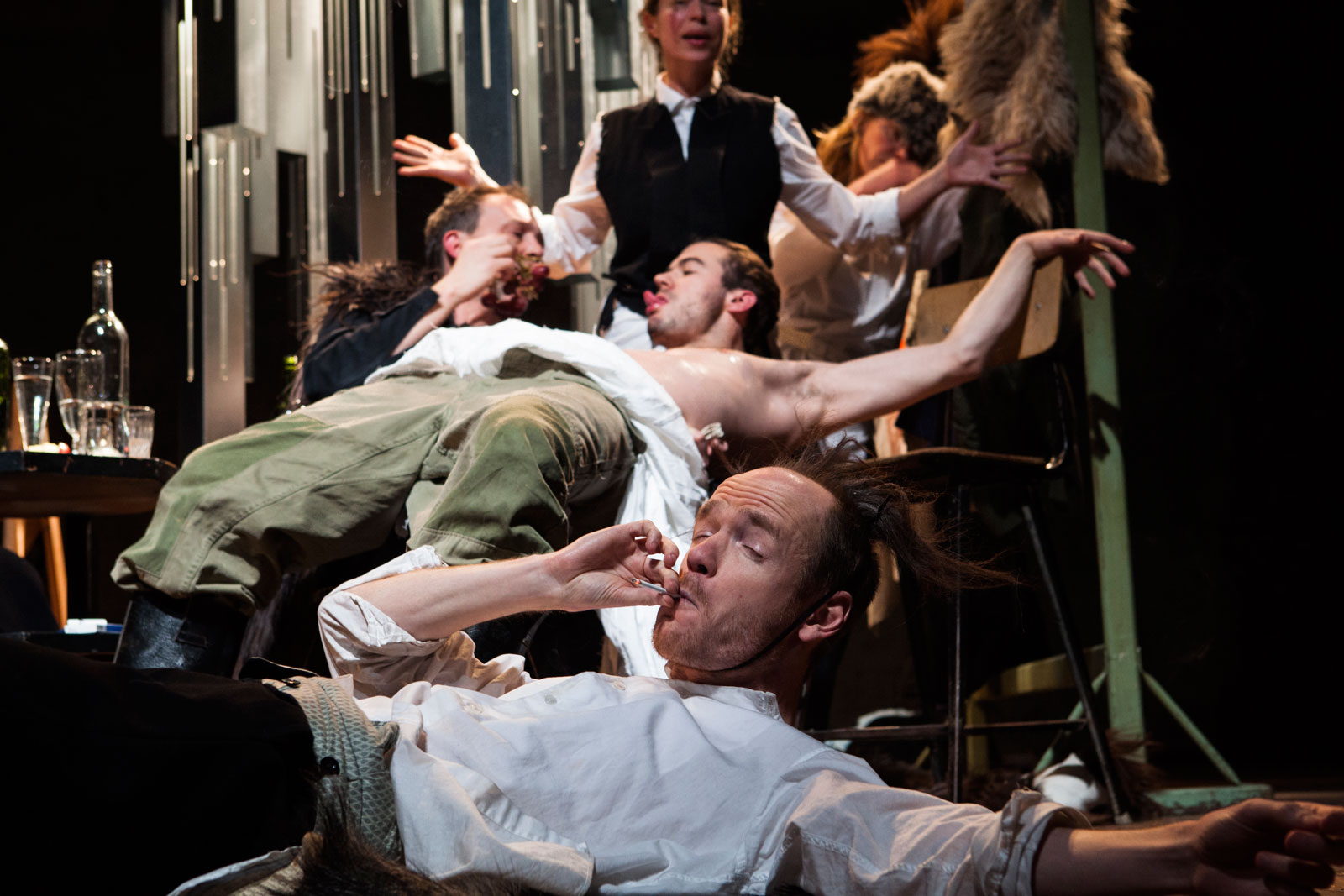 Timon is a respected citizen of the city of Athens. Respected because of his great generosity, his parties, dinners, and generous donations. He cheerfully strolls through life without a care in the world until the creditors come by his door and his servants point out to him that his funds have run dry. Timon is convinced that his friends will save him. He sends out his servants to borrow some money for him. The doors remain closed, the excuses of his good friends are shameless. The once so cordial Timon changes into a genuine misanthropist. It must be said: “money does not make one happy”. Timon withdraws into the woods. He is bent on revenge.

Timon van Athene is the first part of the Dollarcyclus, a three-part series on the financial and moral crisis of the modern capitalist system.