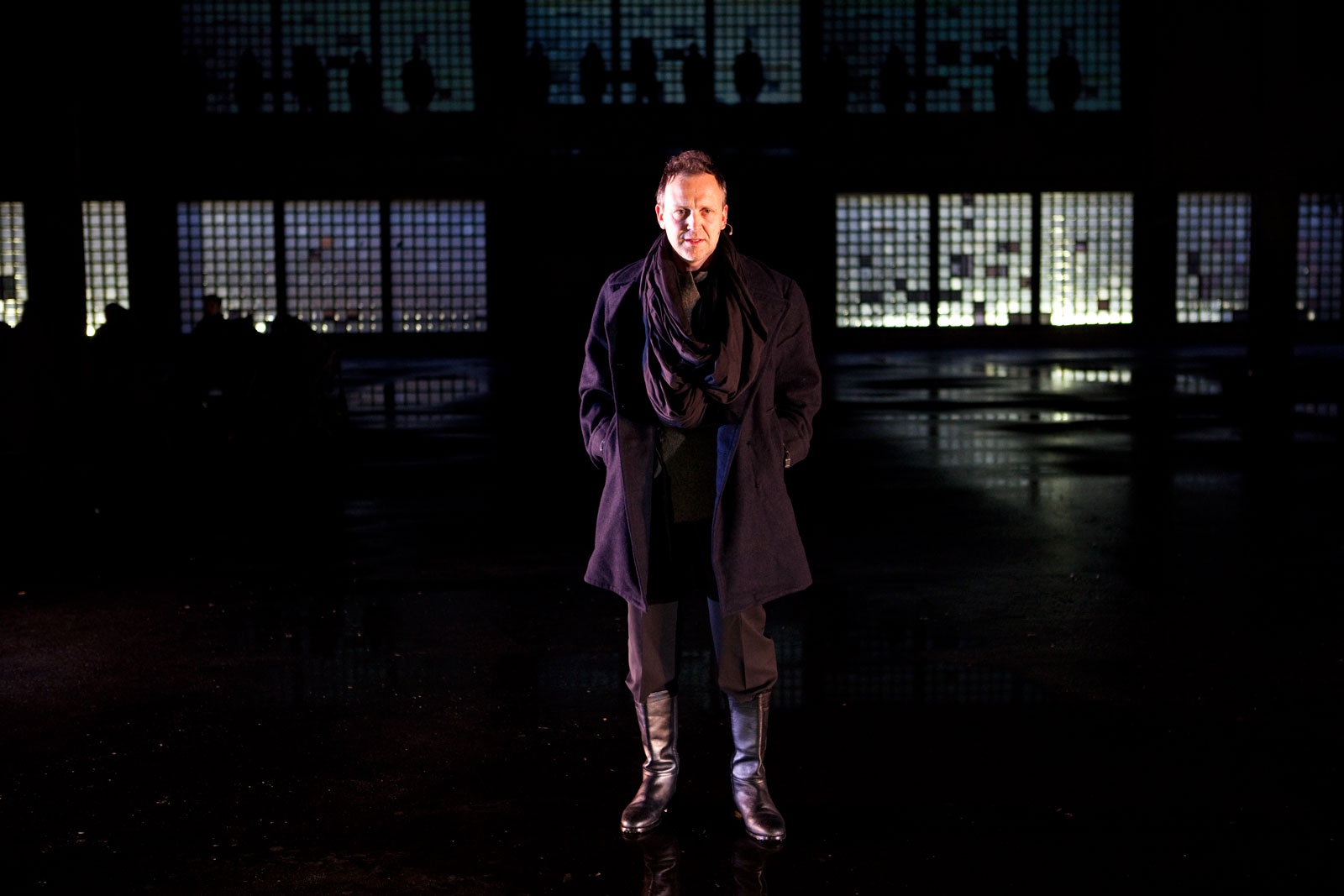 The Oresteia is the only integrally preserved trilogy in the oeuvre of the great ancient Greek tragedy writers. It is also the last and greatest work by Aeschylus – great in many senses. The Oresteia deals with three murders, three culprits, their demons, their fate, and their morally laden choices. The vicious circle of the vendetta is broken. And the principle of ‘an eye for an eye, a tooth for a tooth’ makes way for a different form of justice, in which the court of justice is the keeper of order. Starting from the idea that was later concisely summarized as ‘know thyself’, man is challenged to discard the blinders of self-righteousness, and to see and acknowledge his own dark sides as a condition to ensure the dynamics of life.

In Agamemnon, king Agamemnon returns home from the Trojan War a victor. Upon his return, he is murdered in his bathtub by his wife Clytemnestra. She has been bent on revenge for years because he sacrificed their daughter Iphigenia ten years earlier – it was only by that sacrifice that the Greek army got wind in their sails, while they were heading for Troy. But Agamemnon got his head stuck in the noose of fate.

In The Libation Bearers, the grown Orestes, son of Agamemnon and Clytemnestra, returns to Argos. He as well, is faced with an impossible dilemma: he must avenge his father – that is his duty – but he can only do so by killing his mother and thereby offending the most sacred commands of the Gods. Orestes also embraces his fate. The deities of vengeance appear on the scene to hound Orestes. He seeks protection with Apollo.

In The Kindly Ones, Orestes and his defender Apollo bring their case before a court in Athens, presided by the goddess Athena herself. The question is: should Orestes pay for the death of his mother with his own life? Or should he be acquitted so the circle of vengeance is broken? What follows is the first court drama in western literature. The constitutional state – or an early version thereof – is born.

De Roovers took their time for a thorough analysis and composed consideration. We made some fundamental choices and this made for an unconventional adaptation, in which the outlines of the original – Aeschylus, in Ted Hughes’ adaptation and translated by Berard Dewulf – were preserved, but were complemented with material of other writers: Jonathan Littell, Albert Camus, … The relevance of the text was in this way reinforced, Aeschylus’ questions were accentuated. When is violence justified? Who is responsible for the violence? When is war really over? What is justified in times of war? For how long does a trauma keep festering within a family and how many generations must be confronted with this?

Spaepen composed tranquil and emotionally charged choir parts in a soundscape by Eric Engels. The ancient Greek choir was subdivided into: a speaker who describes and comments on the events as a reporter, and a choir that observes the tragic events from a distance and expresses dormant sentiments without judgement. The monumental space remained completely empty, save for one concrete block up front, three projectors which projected pictures of live performances taken by Stef Stessel on the rear wall. Small and vulnerable actors and singers in a space which accurately translated the underlying world view.

Oresteia started as a on-site project, it premiered at the Slachthuis in Antwerp, and it was later resumed at an abandoned industrial property in Turnhout (in collaboration with CC De Warande and CC De Werft) and in Ghent (in collaboration with C-Mine). In March 2015 however, de Roovers made a playhouse version for the KVS_BOL and performed the tragedy for a full house three times.

''
Knack Focus — 06-05-2011
''
Cobra.be — 06-05-2011
''
Gazet van Antwerpen — 06-05-2011
''
De Morgen — 12-05-2011
Congratulations to De Roovers theatre company from Belgium on their wonderful work with the "Oresteia". What i found were compelling and thought-provoking elements of the performance were how the erotic element was removed from the relationships between the (often fetichised) couples of the plays, except in their moments of death. And then they were only depicted in their form as departed, through an eery postpartum public photographic ritual. The essence of the power relations and power struggles, issues of personal and collective responsibility for (personal or collective) violence become highlighted thus, in the most organic way. And of course the intervention of 'Klytemnestra" and "Agamemnon", and the historical trip into the collective ethics crisis of the western world through the 20th century was masterful and dramaturgically seamless. There were other elements that we spend half an hour in the parking lot discussing with friends, i just wanted to share the most prominent. Thank you! ps. the stage design was incredible. a photographic meta-reading, meta- in time, space and consciousness...